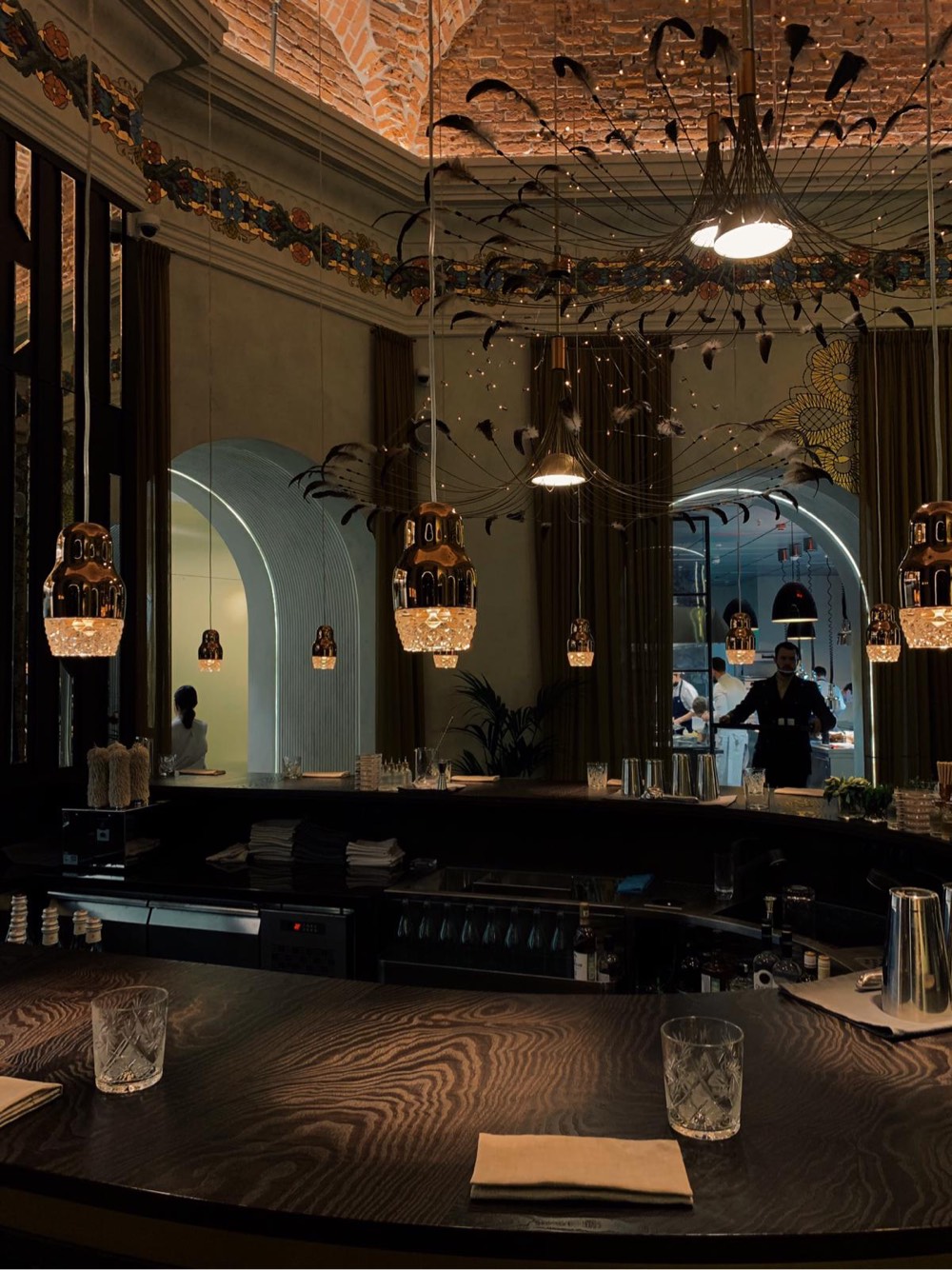 The pendant lamp Fedora talks about Russia. Created by the international designer Dima Loginoff, Fedora recalls the Russian dolls, commonly known as Matryosha. Its sinuous forms revisit the past in a luxurious and modern way, a vision shared also by Matilda Shrunova, owner of the new CoCoCo restaurant, and his chef Igor Grishechkin.

The CoCoCo Restaurant is the third restaurant of this Russian entrepreneur. Located in the New Holland Area in St. Petersburg, it opened its doors to the public in December 2020. A design project curated by Ekaterina Shebunina.

A complete renovation of the spaces, keeping intact some iconic architectural elements. Amongst them, the original red bricks of the 19th century, the ribbed vaults and the 11-meter tall windows. To illuminate the counter of the bar and the round tables of the restaurant, Ekaterina, with the support of Severlight, has chosen our lamps Fedora.

Fedora is only one of the many pendant lamps of Axolight capable to express elegance and refinement in every lighting project in which are used. 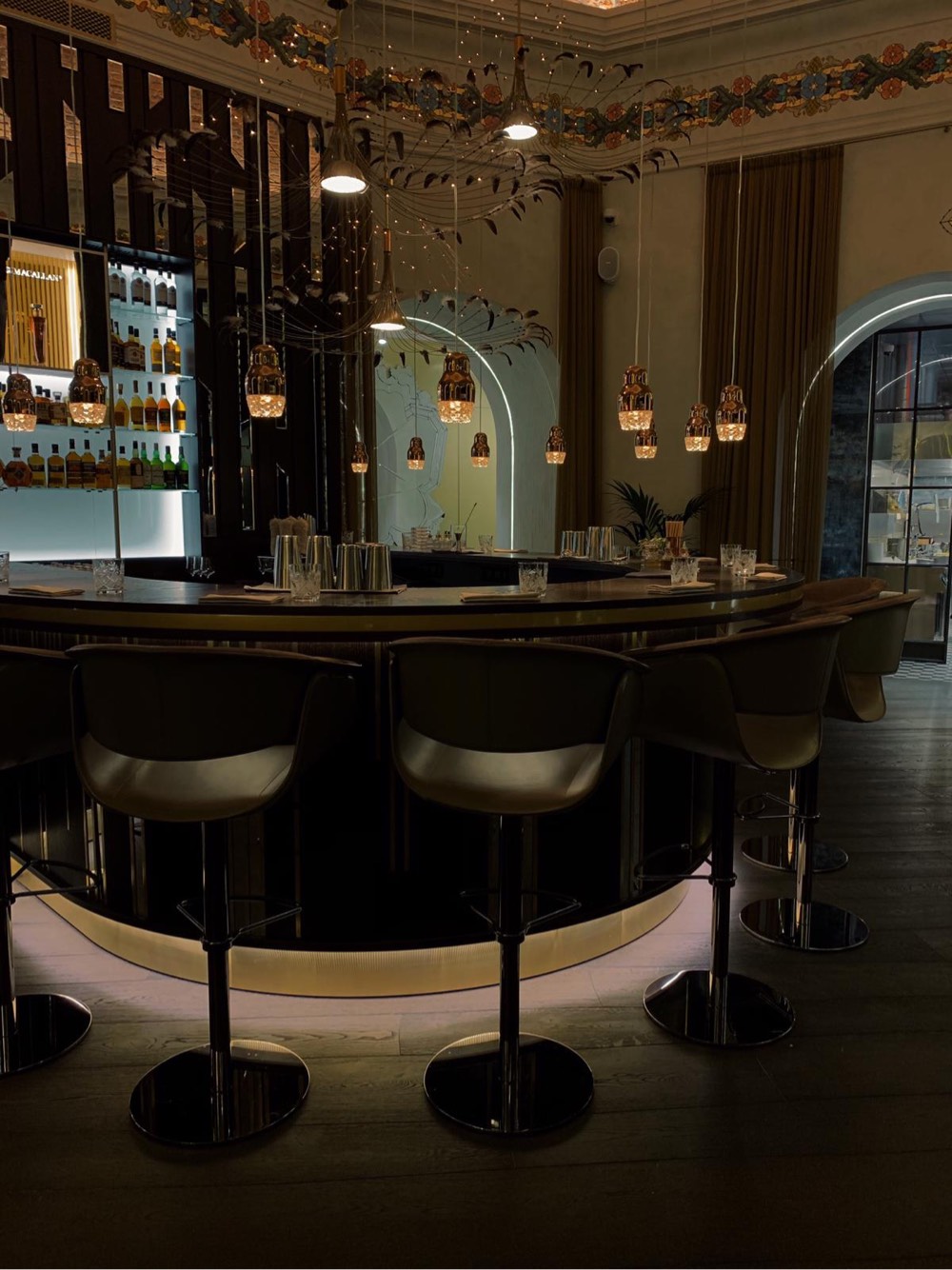